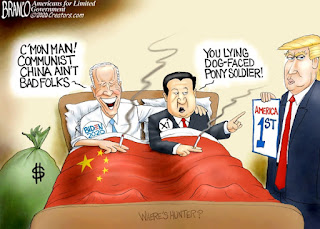 Joe Biden revealed that after being elected to the White House, Chinese President Xi Jinping cautioned him that democracies are on the decline and that one day "autocracies will run the world."

"We're living through a global struggle between autocracies and democracies," Biden said during his commencement address to the U.S. Naval Academy's graduating class.

"I've met more with Xi Jinping than any other world leader has. When he called me to congratulate me on Election Night, he said to me what he said many times before," the president said on Friday. "He said democracies cannot be sustained in the 21st century, autocracies will run the world. Why? Things are changing so rapidly. Democracies require consensus, and it takes time, and you don't have the time."

Biden and Xi have often struggled to see eye to eye on foreign policy, with the American leader championing democracy as his Chinese counterpart promotes autocracy