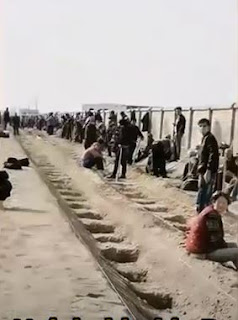 AFP -
The United States voiced horror Tuesday at new files on incarceration of China’s Uyghur minority and said they showed that abuse was likely approved at the highest levels in Beijing.

“We are appalled by the reports and the jarring images,” State Department spokesman Ned Price told reporters.

“It would be very difficult to imagine that a systemic effort to suppress, to detain, to conduct a campaign of genocide and crimes against humanity would not have the blessing — would not have the approval — of the highest levels of the PRC government,” he said, referring to the People’s Republic of China.
at May 25, 2022