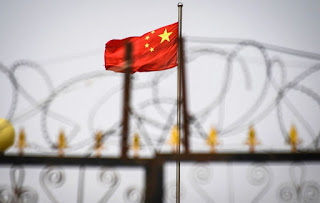 The company has continued to work with companies affiliated with forced labor despite public warnings of their work practices, according to a report published by a nonprofit group Monday. (NBC)

“Findings raise questions about Amazon’s exposure to China’s repression of minority Uyghurs in Xinjiang — and the extent to which the e-commerce giant is adequately vetting its supplier relationships,” the Tech Transparency Project report said.

Amazon declined to comment on the specific allegations, however a spox did say, ““Amazon complies with the laws and regulations in all jurisdictions in which it operates and expects suppliers to adhere to our Supply Chain Standards.”