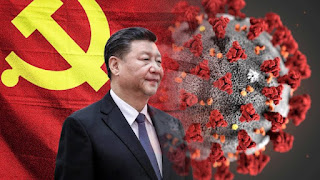 The US had approved a Patriot missile systems upgrade on Monday, which it claimed would help 'maintain political stability, balance... and progress in the region'. (The Guardian)

The State Dept. approved the sale, saying it was requested by Taiwan's de-facto embassy in Washington, with Raytheon Technologies and Lockheed Martin to fulfill the contract.

America has been warned consistently by China over its support for the island, and now Beijing has told the US to cancel the new deal.

Does Washington have a different idea of stability?
at February 09, 2022

Email ThisBlogThis!Share to TwitterShare to FacebookShare to Pinterest
Labels: Taiwan